Kofi Annan, who passed away on August 18, 2018, at the age of 80, can be situated within the select group of aspirational Africans of his time. Within their generation, the group was imbued with huge dosages of hope, logic and grit. They had numerous wishes but only few were met.

His generation started life when Africans who had opportunities saw no limit to what they could achieve. They hungered after acquisition of education, combined with hard work, and they would use both to conquer the world. They would move Africa, poor and lagging behind, ahead of the world.

Annan was one of the most successful representations of his generation.

In 1957, 19 years old Annan graduated from high school as Ghana his country became independent. He earned degrees from universities in Ghana, USA and Switzerland. 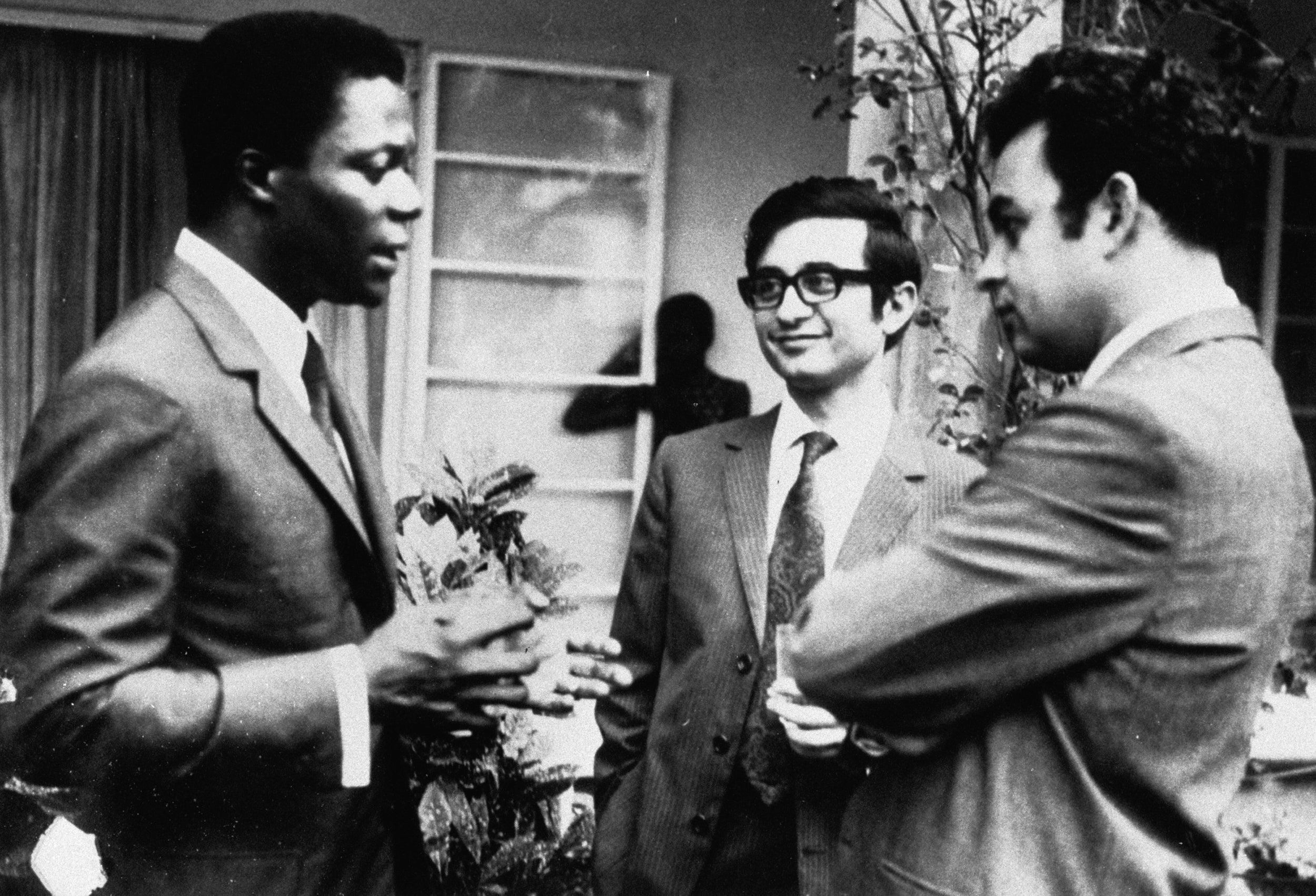 A handout photo made available by the United Nations shows Kofi Annan (L), Secretary-General of the United Nations, with fellow students, during his younger years, as an MIT Sloan Fellow, studying copper industry, in Zambia, 1971

By the time Annan was 40 years old in 1978, almost all African countries were ruled by Africans. The colonial era was past. Putting an end to apartheid was a political and emotional ambition of Africans under the umbrella of the Organisation of African Unity (OAU), founded in 1963. Development, peace and stability were seen as beacons in the horizon.

Annan was fluent in English and French. His first wife, Ms. Titi Alakija, was from Nigeria. After his divorce, he married Ms. Nane Lagergren from Sweden. Annan was culturally assimilated into many parts of the world.

In 1962, he started work with the World Health Organisation as administrative officer. Within the various organs of the United Nations, he rose to become Under-Secretary General for Peacekeeping in 1992, a senior political role in an inter-governmental institution where one’s emoluments allow a comfortable and cushioned life, though not a wealthy one.

By the time he became United Nations Secretary General (UNSG) in 1997, Annan had probably fulfilled his hopes and wishes. He was at the peak of an illustrious career, and a political peer of heads of state and government.

His continent had matured politically, but it remained seriously under-developed. Africa was ravaged by conflicts and hobbled by extremely poor execution of otherwise laudable policies. Under-development was becoming chronic, and it went hand in hand with diseases and attendant epidemics such as HIV and AIDS. Unemployment, poverty, high mortality of infants and mothers, droughts, corruption and poor access to infrastructure were common.

Annan was a high-flying African; he had international recognition and acclaim, but the successes were diminished by the sad state of the continent. Africa, despite its immense potentials, remained the least developed region of the world, a basket case of world’s political and development agenda. The situation must have affected the number one global diplomat sorely.

In 2004, six years into his tenure as UN SG, Annan, speaking at a summit of the African Union, created in 2001 as successor to the Organisation of African Unity (OAU), called on African leaders to refrain from changing the law once in office to extend their mandates. The audience comprised presidents and representatives of countries that were guilty of such mandate extension, and others that were scheming for it. They included Gnassingbe Eyadema, Robert Mugabe, Teodoro Obiang Nguema, Omar Al-Bashir, Muammar Gaddafi, Jose Dos Santos, Paul Biya, Paul Kagame, Yoweri Museveni and Meles Zenawi.

It was an unusual speech for the audience. As this writer looked around in the hall at the United Nations Economic Commission (UNECA) where the summit was held, the tension was high. Some presidents looked away from the podium where Annan stood. Some others shifted in their seats, obviously unhappy, uncomfortable.

Annan told the summit that national constitutions were meant to protect society, not to advance “the short-term goals of the ruler”. He said the days of one-person or one-party governments that hung onto power were over. “There is no truer wisdom, and no clearer mark of statesmanship, than knowing when to pass the torch to a new generation. And no government should manipulate or amend the constitution to hold on to office beyond prescribed term limits that they accept when they took office.”

Annan prescriptions were clear and direct. Every country in Africa must have free and fair elections, a credible opposition, an independent judiciary, a free and independent press, and civilian control over the military.

Looking his usual unflappable self, it was clear that the medium size-framed diplomat had decided to use his office to take the moral high ground. He was the voice of the people. He would not merely please presidents nor be cowed by the fact that there in the hall were the leaders of the organization that he coordinated.

At many public forums, Annan continued to be the champion of term limits for political leaders, the spokesperson of good governance, and a shining light calling for much-needed progress in Africa.

At the World Economic Forum in South Africa he maintained the pressure on African leaders who clung onto power. He pointed out that there was a “leadership deficit” in Africa and little was being done to create jobs and lift millions out of poverty.

A highly respected moral authority and voice, he spoke to African leaders as nobody else dared to do. Unlike some past African leaders who would berate their peers for bad deeds for which they themselves were equally guilty whilst in office, Annan’s integrity and impeccable standing made his position unassailable. He was strong though he had no army to fight with, nor did he have money to give as incentives.

The Kofi Annan Foundation, which he created after he left office as Secretary General, pursues the same agenda of service as leadership. Annan spent his life and used his moral authority to advance themes of good governance and democratic ideals directly with African leaders. 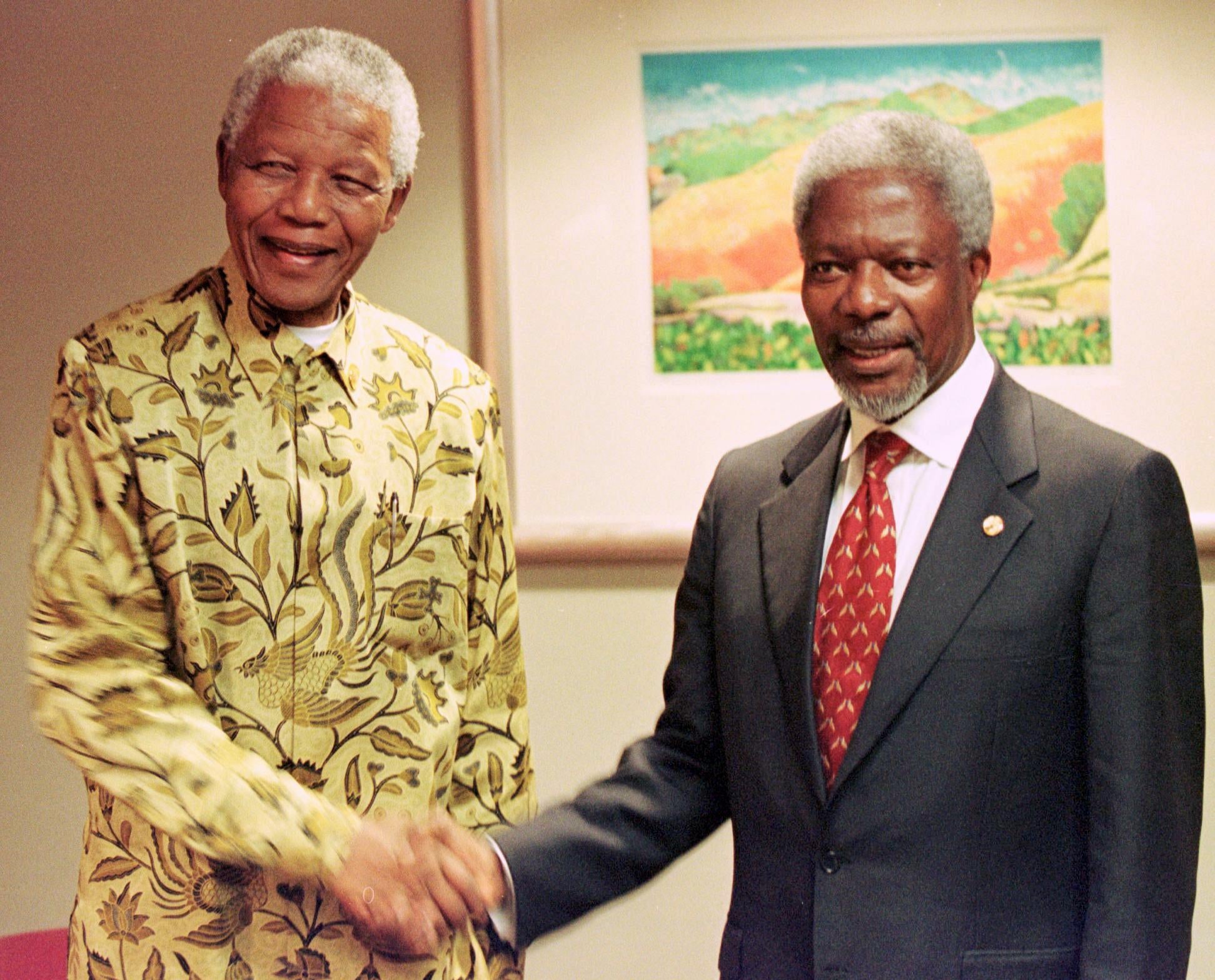 At the Nelson Mandela Annual Lecture in 2007, Annan cited Mandela and several other past presidents as examples of former leaders who have shown that “the center stage is not the only place from which you can make a contribution”.

In 2017 at the 5th Tana High-Level Forum on Security in Africa, Kofi Annan said that elections were being conducted by leaders in ways to keep themselves in office. Such elections contributed to conflicts in the continent.

In similar vein, in August 2017, delivering a lecture at his former high school, he decried how African leaders subverted their people by organizing elections that “lack integrity”. “We need true democratic leaders who understand that they are at the service of the citizens… Leadership is service. Leaders must understand that they hold power in trust of the people… Unfortunately, Africa has had too few of enlightened people of this kind. “

Annan was a Nobel laureate whose accomplishments put him shoulders and head above his peers anywhere in the world. Another African Nobel laureate, Wole Soyinka, born in 1934 in the same era, once said that he belonged to a “wasted generation” as his country’s political leadership has fallen short of expectations. Like Soyinka’s, Annan’s life remained incomplete because his wishes for a stable, peaceful and developed Africa remained unmet. Whence comes another honorable, strong voice to challenge the selfish and inept leadership by many African leaders?